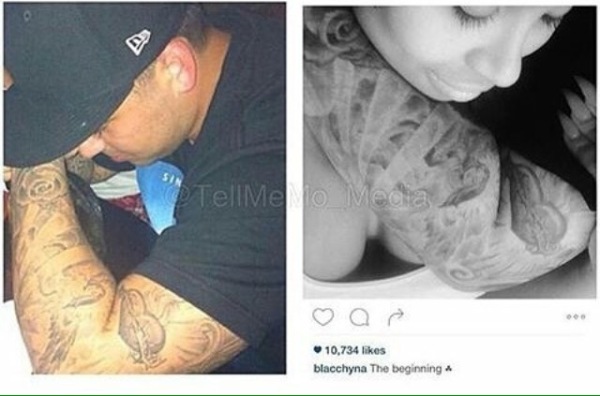 Well well…in non relevant slow news day events, we have Former stripper & current Lash Bar & IG Boutique owner/ Tyga’s baby’s mother Blac Chyna hugged up with none other than Kylie Jenner’s brother Rob Kardashian.  Yes, Ms. Chyna has charmed her way into the Kardashian clan by possibly smashing the brother of the young harlot who stole her baby daddy Tyga from her – Kylie Jenner.  Talk about payback is a BITCH! In this case it’s a silicone booty stripper…lol.

Wow, what a tangled web of scandal and revenge.  It would be the ultimate climax if Rob was to marry Chyna and change her last name to Kardashian. BOOM!  Wishful thinking never hurt.  It would only serve pedophile Tyga and backstabbing Kylie Jenner right. 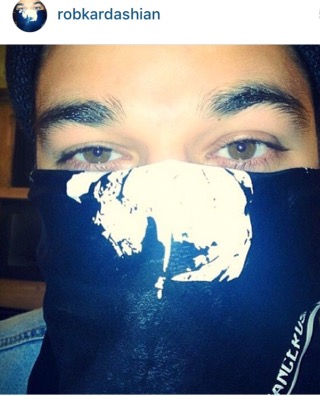 Word in streets is Tyga has some of that Ike Turner blood running through his veins. Apparently he’s beating on this poor girl, and she’s choosing to keep quite about the abuse to maintain her “family” and lavish lifestyle. Blac Chyna released a statement via twitter denying any abuse:

Hmmmm…it’s interesting she’s not explaining exactly what happened to her eye, which leads me to believe something in the milk ain’t clean. Popular blog Bossip.com reported back November that Tyga described his relationship with Blac Chyna as a “gangsta” type situation. I just hope this isn’t true, and if it is….gurrrrl Chyna you betta beat the skinny outta Tyga’s ass and run for the hills chile!