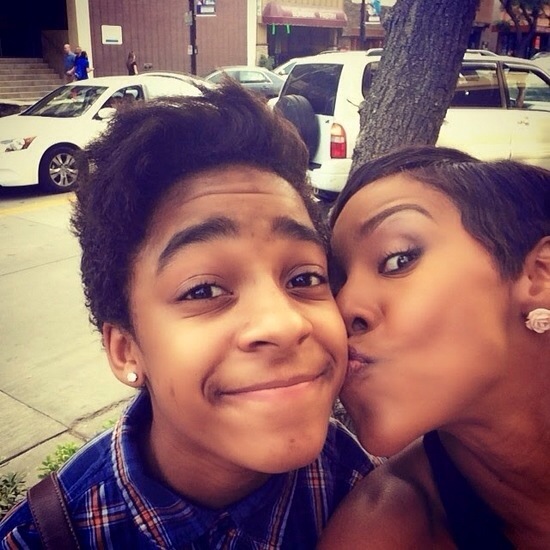 R Kelly and his Ex wife Andrea Kelly have a 14 yr old daughter named Jaya, who is known as Jay to her family and friends. Read the details below…

The news first hit the web last week after several media sites took notice of Jaya’s Facebook page, where he announced that he is a “transguy” and was now going by the name Jay.

According to Sandra Rose, Andrea has reportedly embraced her son and photos on Jay’s social media show him and his mom regularly spending quality time together. However, the site claims that R. Kelly has not been a consistent presence in Jay’s life, leaving many to wonder how how feels about his son.

Since the news of Jay’s transition broke, the Kellys have been mum about the matter and it’s unclear if they’ll ever address the public on Jay’s life. But considering that most of the family seems to have embraced Jay and that R. Kelly and Andrea, understandably, have kept their children’s lives private, we wouldn’t be surprised if they stay mum.

All I have to say is ummmmm okay. Do you booboo.

One comment on “R KELLY HAS A 14 YEAR OLD TRANSGENDER CHILD!”