Those lies you told didn’t work Luda *SMH* A judge has ordered Ludacris to pay his 3 month old child’s mother, Tamika Fuller 10,000.00 per month despite Ludacris claims of only making 1,800.00 per month. The “I got Hoes” rapper said his income dropped substantially after actor Paul Walker’s death, causing the Fast and furious movie in process to be put on hold. Filming has resumed and the Judge has spoken, and the hoe juggler Ludacris needs to pay up. Maybe next time he’ll strap up and pull out, or maybe even keep his pole in his pants to avoid all of the drama. On top of having to pay, he also lost on the custody end, as full custody was granted to Tamika while he received supervised visits. Seems like this may just be the beginning of a nasty battle.

Since impregnating Tamika, Ludacris and his African girlfriend Eudummie…oops Eudoxie have moved to a Miami mansion, away from the strippers of ATL to the vixens of Miami Beach and the infamous KOD aka King of Diamonds strip spot. Good luck with that one Eudoxie, just make sure your man makes it rain on his baby girl Cai Bella Bridges. I’m out! 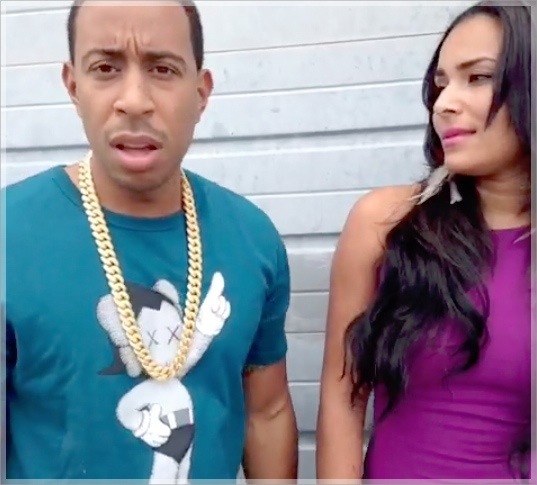