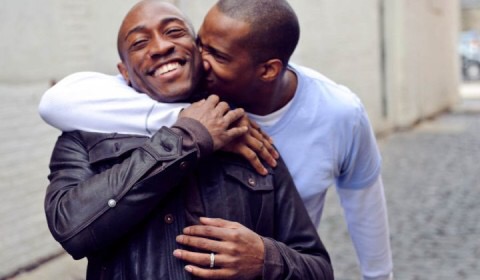 Half of black men who are gay and a quarter of Latino gay men will be diagnosed with HIV in their lifetimes, if current trends continue, according to a first-of-its-kind analysis released Tuesday.
Gay and bisexual men, African-Americans, and people who live in the South have the highest risk of infection, according to the report from the US Centers for Disease Control and Prevention.
death data from 2009 through 2013, the CDC projected the risk of HIV infection among certain groups of people and in every state. It presented the findings Tuesday at the Conference on Retroviruses and Opportunistic Infections in Boston.
Overall, the lifetime risk of an HIV infection has dropped. Today it is 1 in 99. About a decade ago, the risk was 1 in 78.
Among other key findings:
— Among men who have sex with men, the risk of HIV infection is 1 in 6. But the risk varies by race. For black men who have sex with men, the risk is 1 in 2, for Latinos 1 in 4, and for whites 1 in 11.
— All African-American men have a lifetime risk of 1 in 20, compared with 1 in 132 for white men.
— Among people who inject drugs, the risk is 1 in 23 for women and 1 in 36 for men.
People in Washington, D.C., have the highest risk in the country, while people in North Dakota have the lowest. States with the highest risk are Maryland, Georgia, and Florida. Massachusetts ranks near the middle, with residents facing a lifetime risk of 1 in 121.
Actions can be taken to lower infection rates, said Dr. Jonathan Mermin, director of CDC’s National Center for HIV/AIDS, Viral Hepatitis, STD, and Tuberculosis Prevention.
“The prevention and care strategies we have at our disposal today provide a promising outlook for future reductions of HIV infections and disparities in the US,” Mermin said in a statement.

I’m not surprised by these findings at all.  Black men should not engage in homosexual activity period.  These numbers prove the risk in doing so.