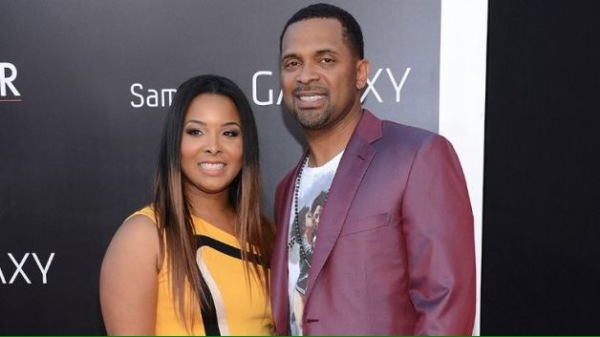 Sad sad news of a marriage ending.  Perhaps it was that DM he got caught up with a while back that set it off.  Only these two really know, but it’s heartbreaking to see love lost and a family broken apart.  Apparently Epps has been separated for a year now, and finally decided to just end it and file dem papers.  Best of luck to both of them and their 2 daughters.   Here’s the story according to TMZ —

Mike Epps called it quits on his decade long marriage to wife, Mechelle.

Mike filed the divorce docs Tuesday in L.A. superior court … they’ve been married since July of 2005 but separated last summer.

Mike is asking for joint custody of their two daughters, Maddie and Mariah, ages 8 and 10. He’s reportedly worth $6 million having had roles in some huge flicks like “Next Friday,” “Hancock” and “The Hangover” … no word if there was a prenup.

Mike also has 2 other daughters from a previous relationship.