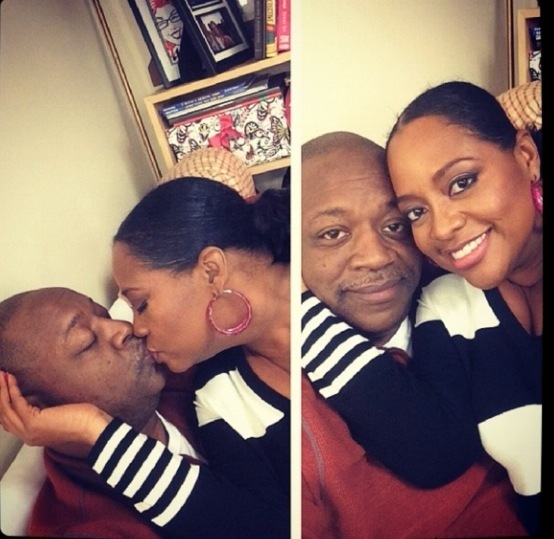 Sherri Shepherd, co-host of “The View” was hit with divorce papers by her penis sharing husband Lamar Sally. Anybody who knows “Sal” personally knows he loves the ladies and has fidelity issues. I was hoping the best for their marriage but as the saying goes…you can’t turn a hoe into a husband (in this case) lol. Now he went and beat her to the punch by filing first.

Rumors have been swirling that Sal was cheating and also hasn’t been the bread winner either. He’s more like a baby sitter instead, and not the ambitious script/screen writer she married originally. Word is he also hired famed Attorney Mark Vincent Kaplan, who represented Kevin Federline during his divorce from Britney Spears 😯 so this might just get ugly for Sherri. Hope she at least has a iron clad prenup.

Sherri Shepherd and her husband have an unborn baby … and he wants the kid. And here’s the real twist … she’s not pregnant.

Sources connected with the couple tell TMZ … Sherri and Lamar Sally have hired a surrogate who is carrying their baby, and the estimated delivery date is July 28th.

TMZ broke the story … Lamar filed legal docs to end the marriage. The docs are for legal separation, but we’re told the only reason the divorce box wasn’t checked is because Lamar has only lived in California for 3 months and there’s a 6 month residency requirement. He will change it to divorce in 3 months.

According to Lamar’s legal docs, he wants full legal and physical custody of the unborn child, and wants Sherri to ONLY have visitation rights.

Sherri has not responded yet.

Lamar also wants spousal support and he wants the prenup invalidated based on FRAUD.

It sounds very nasty. Lamar wants an order preventing Sherri from interfering with his ability to take the kid with him after the birth.

WooooooooooW! What a dirty bum. I knew this was gonna get ugly, and it’s just the beginning. SMH!