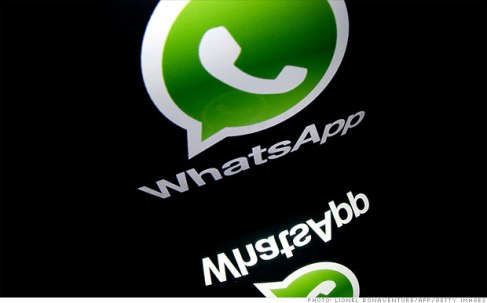 Per CNN – In a play to dominate messaging on phones and the Web, Facebook has acquired WhatsApp for $19 billion.

WhatsApp is the most popular messaging app for smartphones, according to OnDevice Research.

Buying WhatsApp will only bolster Facebook’s already strong position in the crowded messaging world. Messenger, Facebook’s a standalone messaging app for mobile devices, is second only to WhatsApp in its share of the smartphone market.

Similar to traditional text messaging, WhatsApp allows people to connect via their cellphone numbers. But instead of racking up texting fees, WhatsApp sends the actual messages over mobile broadband. That makes WhatsApp particularly cost effective for communicating with people overseas.

Facebook bought Instagram for $1 billion in 2012 for similar reasons: As young social network users gravitated towards photo-sharing, Facebook wanted to scoop up what could have eventually become a big rival.

Facebook (FB, Fortune 500) said it will pay WhatsApp $4 billion in cash and $12 billion in stock. WhatsApp’s founders and staff will be eligible for for another $3 billion in stock grants to be paid out if they remain employed by Facebook for four years. Koum will also join Facebook’s board of directors.